But after they leave Port-au-Prince, Haiti, Fabiola’s mother is detained by U.S. immigration, leaving Fabiola to navigate her loud American cousins, Chantal, Donna, and Princess; the grittiness of Detroit’s west side; a new school; and a surprising romance, all on her own.

Just as she finds her footing in this strange new world, a dangerous proposition presents itself, and Fabiola soon realizes that freedom comes at a cost. Trapped at the crossroads of an impossible choice, will she pay the price for the American dream?”

SO MANY FEELS ABOUT THIS BOOK RIGHT HERE.

This is actually my second encounter with American Street. I started it once, read a few pages, and set it aside in favor of something else. The time was just not right for us.

But I am so, so, so glad I got a second go at it because this might be one of my favorite novels now.

This book has a fantastic ensemble cast: Fabiola’s cousins, the Three B’s, her aunt, Dray, Kasim, and Fabiola herself. Each character is just as strong as the next. And we get a glimpse into each character’s background in between chapters, which adds great dimension to the story.

I love that American Street puts poverty in the spotlight here. Zoboi compares and contrasts American poverty with global poverty in an eye-opening way, in a scene between Fabiola and her cousin. Each describes having known suffering and desperation, but the message is clear that even Detroit is not Haiti.

For me personally, the real winner here is the magical realism. While I loved the story of Fabiola’s experience with American culture, I was captivated by the Papa Legba figure and the mythos of the lwas. Maybe she should write their story next…? Pretty please?

Plus: Magical realism, plot twists that I DID NOT SEE COMING, Haitian culture and voodoo, Detroit culture…for me, the list goes on. This book has a lot to offer. So just read it!

Minus: I wish this book had a sequel, but it definitely stands on its own. The only thing I can hope for then is more from Ibi Zoboi! 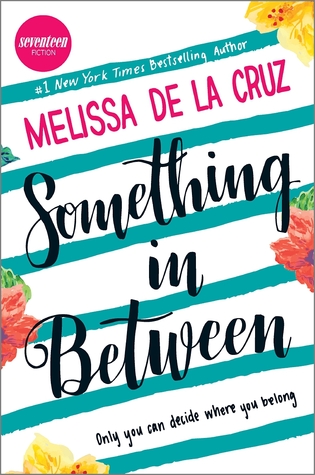 Something in Between by Melissa de la Cruz- Also a narrative about the immigrant experience, but from the perspective of a character who has grown up here in the States.